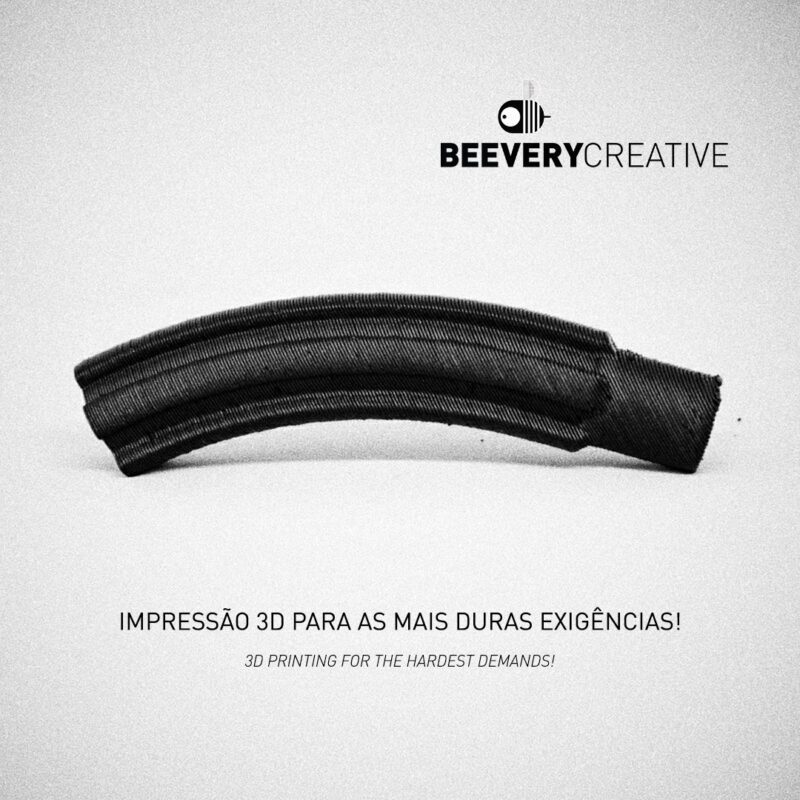 The Portuguese company BEEVERYCREATIVE announced it was able to print a piece in carbide. According to the 3D printer manufacturer, this is a world first. There are already many printers capable of printing metal, but this would have been the first time that this type of printing was achieved using Fused Filament Fabrication (FFF) technology. The same technology that is used in the most economical printers, where models are built by depositing, layer by layer, filament that is melted in an extrusion head.

According to BEEVERYCREATIVE, this print was the result of the 3D Carbide project that results from a partnership between the company, CTCV, DURIT and the University of Aveiro. The project, which has the financial support of the European Union and is part of Portugal 2020 and Compete 2020, aims to develop a 3D printing solution for the carbide components industry.