BEEVERYCREATIVE, the leading 3D printer manufacturer in Portugal, just released a new software, BEESOFT 4.0, to operate their 3D printers from the BEETHEFIRST and BEEINSCHOOL series.
As with the latest software versions, we have made a conscious effort to bring the user closer to the 3D printing world through the improvement of usability and simplicity. Relying on the precious feedback from our customers, we have developed a new software from scratch, with improved usability, simplicity and quality, allowing for future functionalities for more advanced users, like the new Printing Profile Manager, that will soon be released. The Extruder Calibration Wizard is one of the new features available, which maximizes the use of our 3D printers.
BEESOFT 4.0 is based on two Open Source projects, well-known by the 3D Printing Community: Octoprint and CuraEngine. Octoprint, which allow the integration of print management and future integration of network features. In this new version, we have included the latest version of CuraEngine of the Cura 3.0, with new printing profiles that allow for better printing quality.
Similar to what has been done with previous versions of BEESOFT and because we value the Open Source community feedback, this software remains free and open source, available on our Github page.
According to Marcos Gomes, who is in charge of the R&D Software team, “This release reflects the company’s concern regarding usability issues, making the printing process simpler and simpler. At the same time, this release paves the way for future developments and new features to be easier and quicker to release because the underlying technology is more advanced than the one used in the previous versions.” 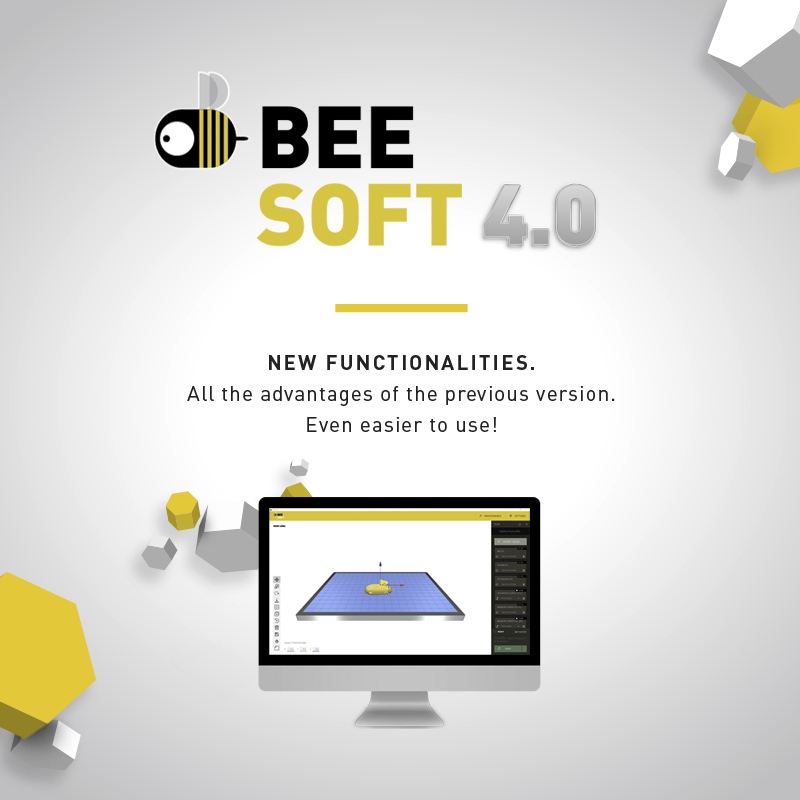