BEEVERYCREATIVE has worked with HFA from our beginning in 2013, and they became one of our first customers. Their idea was to have a 3D printer in their meeting room for demonstration, where they could show one of their products being prototyped on the spot. It should be pointed out that HFA specializes in providing customers from all over the globe with electronic appliances that are ready-to-go, i.e., they’re finished items that can be used immediately, without additional assembly.

In time, the BEETHEFIRST they had in their possession found its way to the factory floor, where it used in creating templates and prototypes. As is one of the core features of 3D printing, objects were created, tested and tweaked faster and cheaper than conventional methods, boosting productivity and lowering costs.

Then, another twist: 3D printed objects began to be used on the production line itself, with finished pieces in use intensively and to this very day. For example, the pieces shown below were used on around 50,000 circuit boards. And with no need for maintenance whatsoever. 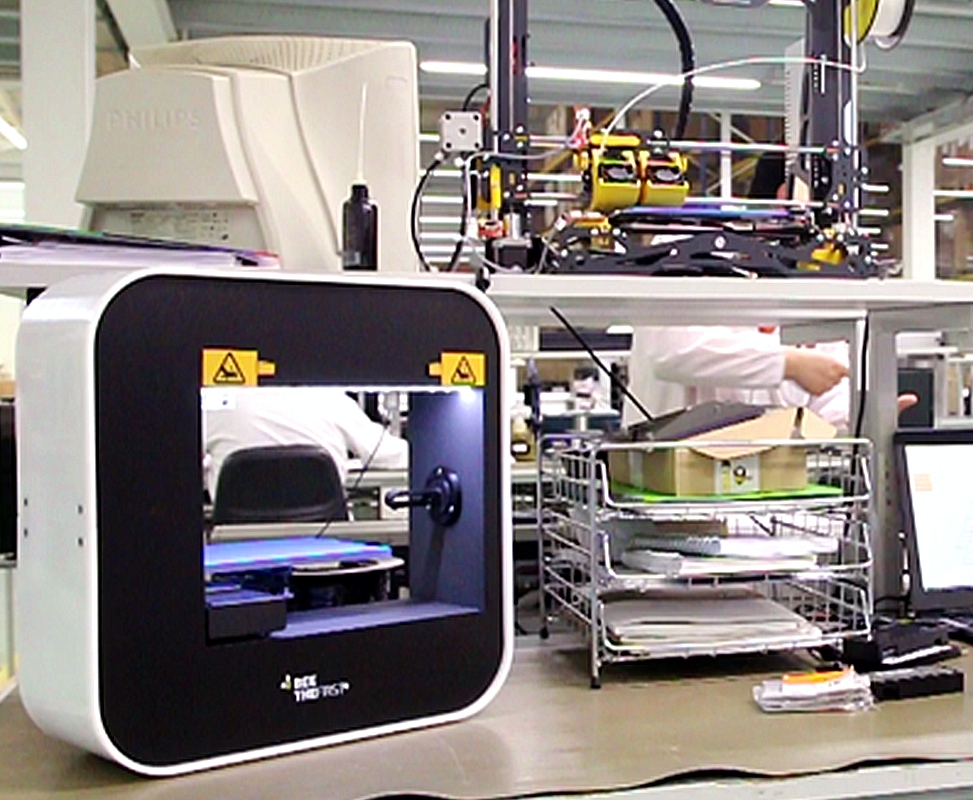